Facts: Landlord sued to evict tenant from HUD Section 202/Section 8 housing for the elderly and mobility-impaired based on tenant's objectionable conduct. Landlord claimed that tenant disturbed and harassed other tenants and landlord's employees. After the trial began, landlord and tenant signed a settlement agreement in court. A judgment and warrant were issued but stayed for a two-year probation period. Tenant agreed not to physically or verbally assault anyone, not to harass anyone, and to behave in a peaceful manner at the building during this time. Landlord later went back to court and asked for immediate eviction based on tenant's violation of the settlement agreement. At a hearing, landlord presented proof of three incidents. First, the daughter of one elderly resident, who had testified at the prior trial, testified that tenant cursed and screamed at her in the elevator one day and, at other times, hissed at her, held his nose, and otherwise acted in an antisocial manner. Tenant denied that this happened, but the court didn't believe him. Second, an employee of tenant's prior attorney testified that tenant hit her in the face when she visited him in the building lobby to discuss another legal matter. Tenant denied this, but the building's security camera recorded the incident, and the woman filed a report immediately with the police, was treated at a hospital for contusions, and produced photographs of her bruise. Tenant also admitted that he knocked her cell phone out of her hand. In addition, a wheelchair-bound resident and a witness both testified that tenant cursed and screamed at the resident when the door of an elevator they were both waiting for closed before they could enter. The building security guard had to intervene, and the resident called the police. Tenant admitted that he raised his voice and that he was angry that the resident refused to put his hand out to stop the closing elevator door.

Court: Landlord wins. Landlord proved that tenant hit the woman visitor in the face. Tenant's denial of the incident wasn't credible, and knocking the phone out of her hand would also violate the settlement agreement. Tenant's treatment of the wheelchair-bound resident was unacceptable. The court also believed the other resident's daughter. Tenant's denials of the incidents weren't credible. The settlement agreement called for eviction if tenant engaged in objectionable conduct, and the agreement should be upheld. Tenant was represented by attorneys and a GAL when he signed the settlement agreement, and the agreement was explained to him in court at that time. Tenant either was unable to control his behavior or chose not to do so. 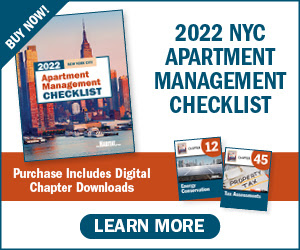