(Decision submitted by Brooklyn attorney Jaime Lathrop, attorney for the tenant.)
(Decision submitted by Brooklyn attorney Jaime Lathrop, attorney for the tenant.)
Facts: Rent-stabilized tenant complained to the DRA of a reduction in services. The DRA ruled for tenant in 1994 and ordered a reduction of tenant’s rent to the level in effect under tenant’s prior 1993 lease. But landlord ignored the DRA’s order and didn’t reduce tenant’s rent. Landlord also continued to collect rent increases from tenant upon lease renewal. When new landlord bought the building in 2007, it applied for rent restoration based on the restoration of services, and sought to vacate the rent reduction order. Tenant then sued prior landlord and new landlord in October 2007 for a rent overcharge totaling $27,000, plus triple damages and $20,000 in attorney’s fees. Tenant claimed that he never received the DHCR’s 1994 order and only learned about it in 2007, when new landlord filed the rent restoration application. Tenant claimed that prior landlord controlled the mail delivery system in the building and had fraudulently concealed notice of the 1994 DHCR order. New landlord claimed that tenant paid no rent since September 2007. New landlord refunded $2,500 to tenant for any rent increase collected above the amount of tenant’s October 2003 rent. Tenant refused to accept the check, claiming that this was not the overcharge amount due. Tenant argued that an overcharge refund was due back to 1994 based on prior landlord’s fraud. Alternatively, the base date rent in October 2003 should be the amount the rent was reduced to in 1994, not the rent collected in 2003.

Court: Tenant wins, in part. There was no proof of any fraud by prior landlord, so the base date for calculating the overcharge refund was October 2003, four years before tenant filed his complaint. But new landlord incorrectly calculated the legal rent as the rent collected in October 2003. The court can look at 1993 rent history records at trial, to determine what amount the rent should have been frozen at under the DHCR’s 1994 rent reduction order. This amount should be the October 2003 base rent since landlords had a continuing obligation to charge the 1993 rent under the DHCR’s order, even in October 2003. A trial also was needed to decide if the overcharge was willful and whether tenant should get attorney’s fees. 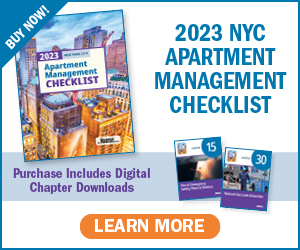 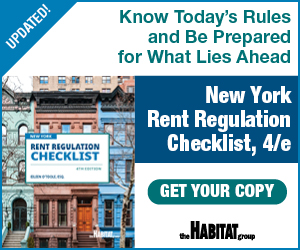